Norway to Kill 2/3 of their Wolves

In yet another example of domesticated animals taking over a country, Norwegian officials on Friday approved the killing of 47 wolves, more than two-thirds of the population of about 68 wolves living in the country.  There are an estimated 2.5 million sheep in Norway, and Officials believe that each year up to 1,000 of these may be killed by […]

A bloke called me this morning.  He asked me to help him raise funds for a boat so that he could in his words, “highlight the issue of plastics in the oceans”.  He wants to sail around the world and use social media to alert people to the problem.   I typically get one such call […]

The Chinese company we reported on a few months ago that wanted to capture live Orca, Dolphins, Seals, Penguins and other marine animals in Namibia and export them to Theme Parks in China has thankfully withdrawn from the project. In a most bizarre letter, the Russian Master of the Animal Transport Vessel dropped off a […]

A Coromandel Harbourmaster has amazingly been stood down after saving an Orca which got its tail caught in a cray pot last night.   The Government Department responsible for any rescue attempt (DOC) was alerted at 9.30am yesterday. At 7pm it still could not get to the Orca so locals decided to get involved and […] 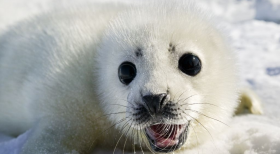 Trump’s comments over the weekend regarding climate change are alarming.  President-elect Donald Trump said on Sunday that “nobody really knows” whether climate change is real.  Now I don’t think Trump is dumb.  In fact I think he is probably a very clever man.  However to make such claims in the face of copious amounts of […]